Posted on December 12, 2013 by ivanmconsiglio 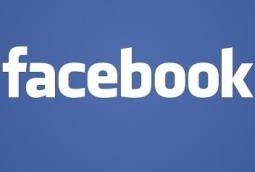 Facebook is being more blunt about the fact that marketers are going to have to pay for reach.

If they haven’t already, many marketers will soon see the organic reach of their posts on the social network drop off, and this time Facebook is acknowledging it. In a sales deck obtained by Ad Age that was sent out to partners last month, the company states plainly: “We expect organic distribution of an individual page’s posts to gradually decline over time as we continually work to make sure people have a meaningful experience on the site.”

It’s a big shift from the stance Facebook took a year ago, when agencies including GroupM called out the fact that posts published by clients were being seen by fewer of their fans.

But now Facebook is making the case for marketers to do just that. In the document, titled “Generating business results on Facebook,” the paragraph in which the impending drop-off in organic reach is revealed concludes with an ad pitch; marketers are told they should consider paid distribution “to maximize delivery of your message in news feed.”

The three-page document also contains a section that repositions how marketers should think about fan acquisition: as a tool for making paid advertising more effective. While free distribution of content is mentioned, it’s the third business benefit listed after “improve advertising effectiveness” (through ads with social context, which is enabled by a substantial fan base) and “lower cost for paid distribution” (since Facebook makes it cheaper to deliver ads with social context.)

In other words, the main reason to acquire fans isn’t to build a free distribution channel for content; it’s to make future Facebook ads work better.

“Your brand can fully benefit from having fans when most of your ads show social context, which increases advertising effectiveness and efficiency,” the document states.

The fact that less and less of brands’ content will surface is described as a result of increased competition for limited space, since “content that is eligible to be shown in news feed is increasing at a faster rate than people’s ability to consume it.” Publishers are one factor in the heightened competition, since Facebook announced earlier this week that links to news articles will be given more prominence , especially on mobile devices, via an algorithm change.

A Facebook spokesman confirmed that the overall organic reach of Facebook posts from brands is in slow decline.

“We’re getting to a place where because more people are sharing more things, the best way to get your stuff seen if you’re a business is to pay for it,” he said.

The drop-off in organic reach continues to be a touchy subject for brands — especially those who invested in growing their fan bases. And it’s going to oblige them to up their content creation game in order to emerge organically from the morass of stories eligible to enter users’ news feeds, according to Digitas VP-Social Marketing Alex Jacobs. But having paid distribution on Facebook is also a given if they want to maintain the reach they may have once had when Facebook was a younger network and users had fewer connections to bombard them with content.

“If brands were to continue reaching the same amount of people as a percentage of their fan base, [Facebook would] be giving preferential treatment to them over a user,” he said. “It’s just the fact of the matter in terms of platform growth and the amount of content that’s getting posted.”

Sent from my iPhone
– small keys; errors are unavoidable

Read all about me: https://ivanmconsiglio.wordpress.com/about-ivanmconsiglio/
View all posts by ivanmconsiglio →
This entry was posted in GEEKY OR TECHIE GADGET STUFF, GENERAL OBSERVATIONS & THOUGHTS. Bookmark the permalink.