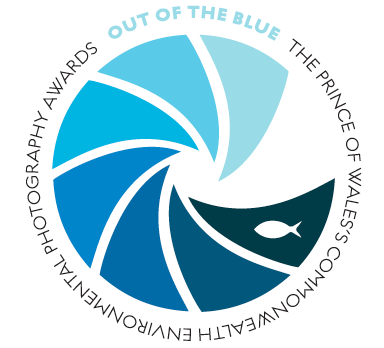 On World Oceans Day, His Royal Highness The Prince of Wales launched a new photography competition across the Commonwealth called ‘Out of the Blue’. Two-thirds of our planet are blue, blanketed by oceans and seas of water, that vital substance by which all life on earth is made possible. Our oceans are host to the vast majority of life on this planet and hold some of our most diverse ecosystems. Throughout history, they have moved and inspired us with their beauty and supported us with their bounty – after all, ocean life produces half of the world’s oxygen and enough fish to feed millions of people. But our oceans are under threat: climate change, over-fishing, habitat destruction on an epic scale and pollution of all kinds are jeopardizing the health of our oceans and their ability to provide for us.

A vast area of our global ocean lies within the jurisdiction of Commonwealth countries. More than half of Commonwealth countries are islands, to whom ocean matters are of vital importance. Out of the Blue sets out to showcase the wonder and value of the Commonwealth’s ‘blue’ capital and the human life it supports. Good pictures can tell stories in ways that words sometimes cannot. ‘Out of the Blue’ hopes to inspire Commonwealth citizens to explore the marine environment around them and submit photographs that celebrate its beauty, highlight its importance and alert global leaders to its vulnerability.

A great opportunity to showcase the value and importance of our Blue Planet is coming in November 2015. The Heads of Commonwealth Governments will meet together in Malta to discuss issues of critical global importance, including the future of the planet’s Blue Economy – that is, the economic activity that is dependent on oceans, seas and coasts.

Winning photographs will be exhibited in Malta in November 2015 so by submitting entries to this new competition, people of the Commonwealth can help to encourage global leaders to take positive action and adopt more of the solutions that we know are at hand to protect and use natural resources in a sustainable way.

The competition is open to all Commonwealth citizens from the 8th of June until 6th September. Please go to www.outofthebluecompetition.com to enter.

‘Out of the Blue’ announces cash prize for winning entries

‘Out of the Blue’ – the new ocean-focused photography competition launched on World Oceans Day by The Prince of Wales – has announced that winning images will receive cash prizes at a special Award Ceremony in Malta in November 2015.

In addition to the Out of the Blue Award, the overall winner of the competition will receive £5,000. The winning entrant will receive their Award as part of a high-level ceremony in the margins of the Commonwealth Heads of Government Meeting in Malta. In addition, each category winner will receive £1,000.

On 8th June at an event for World Oceans Day, The Prince of Wales encouraged Commonwealth citizens to submit photographs that highlight the huge value of the ocean to humankind as well as the considerable challenges that it faces. Almost half of Commonwealth countries are island states whose future prosperity is inextricably linked to the future of the ocean. The competition categories are aimed at encouraging entries that portray the beauty and bounty of the ocean; the ways in which we are dependent upon it; and the impact that humans can have on the ocean should our activities go unchecked.

Entries can be submitted through the competition website (www.outofthebluecompetition.com) until 6th September. A panel of high-profile judges made up of professional photographers and marine experts will select winners and finalists in three categories. Two Highly Commended awards will also be given to the best smart phone entry and to the entry that receives the highest number of public ‘likes’ on the Out of the Blue website. All winning and finalist entries will be included in an exhibition to be shown in the margins of this year’s Commonwealth Heads of Government Meeting (CHOGM) in Malta in November.

Hanli Prinsloo, ocean advocate and founder of I am Water, and one of the competition’s esteemed judges said: “It’s a great privilege for me to be involved in this year’s ‘Out of the Blue’ photography awards. I am a passionate ocean lover and a firm believer in the power of stories, of images that captivate, transport and inspire us. My greatest inspiration is the ocean, so Out of the Blue brings together some of my favourite things!”

The competition is a collaboration between The Prince of Wales’s International Sustainability Unit (ISU), The Royal Commonwealth Society (RCS) and National Geographic’s Pristine Seas initiative.